Online Shelter helps all parties involved in violent relationships – victims, perpetrators, those exposed to violence and the people close to them – by offering them information, support in the form of conversations (in Finnish), as well as stories about domestic violence and intimate partner violence and how to pull through. The website also helps children and young people who have been witnesses or victims of violence.

Sexual violence: a characteristic feature of sexual violence is that the perpetrator does not respect the physical and sexual self-determination of the other person. The perpetrator’s behaviour is usually considered violent when the victim feels that they are no longer in control of the situation. Sexual violence includes acts such as rape, forcing and pressurising someone to have sex, forcing someone to perform degrading sexual acts, filming without permission, abusing someone who is asleep or has passed out and sexual harassment.

Financial abuse: financial abuse includes acts such as preventing a partner or relative from spending their money, not giving a person any money, restricting, controlling or denying a person’s control over their finances, refusing to let a person work as well as using a person’s money or assets without their consent. One form of financial violence is forcing another person to take out a loan or credit facility. Financial violence may continue after a divorce, for example in cases where the perpetrator refuses to pay child support.

Stalking: After a divorce, domestic violence may turn into stalking. Stalking is repeated, unwanted contact, monitoring, surveillance and threatening behaviour, which is likely to cause fear and anxiety in the victim. Stalking may also be subtle and threatening insinuations or remorseless slander and it may also culminate in acts of physical violence. Technological applications such as social media are always part of stalking in some way. Stalking is a crime, and the sentence for stalking is a fine or imprisonment for up to two years. 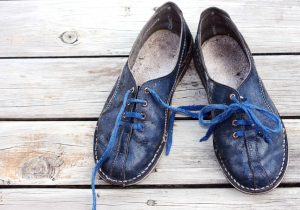 slandering, disparagement. Every Friday after work he would start drinking. At first it was nothing. Me too, I often had a few glasses of wine to celebrate the weekend.

Then it got worse. Shoving, treating roughly, rape… Everything as silently as possible so that our child in the next room wouldn’t hear. Once I was already in bed at night when he came home and put the music on really loud. I was tired and got upset: enough with this noise in the middle of the night… He grabbed me by the hair and pulled me out of bed and on the floor, and he spat on me and kicked me. When I thought he’d already calmed down, he was suddenly sitting on me with a knife in his hand, not a bread knife but a hunting knife. I begged him to stop, and he did, although I don’t know how… I took the keys and mobile phone and ran to the stairway. The police came and I was hysterical in the stairway. I’m so happy the kids weren’t at home! I had to spend the night in our bedroom. I couldn’t sleep at all and trembled with fear. He spent the night in a police cell. As I was still scared to death, I agreed to get him from the police station in the morning. The next day he was full of remorse, fake or genuine.

The following Friday night he spent in the pub. In the morning I told him that this was it, he could pack and go. He grabbed me by the throat. My feet were off the floor… I begged him to stop until I couldn’t speak any longer. He let me go and went out for a cigarette. I took the keys and mobile phone and ran. My best friend lives nearby, and her door is always open to me. I told her that I’d had enough. I spent the night at hers. He kept sending me messages, in one I was a whore and the following his dearest and then again a whore.

The first days and nights I’m nervous: will he come back? I sleep with a baseball bat under the bed. The days I spend at work. In the evenings, I sit with my best friend, talking endlessly. We drink chamomile tea and go through it all.  Children can sense fear. After a few weeks, my daughter tells me that she’s known all along.

Gradually the fear is gone, but it takes a lot of chamomile tea and talking. I still have a key to my best friend’s flat. Just in case…

Healing takes a long time. I decide that I will never let anyone treat me like that again. I have to collect the remains of my self-confidence from the floor. And the baseball bat is still by the front door…

How to find help

The member associations of the Federation of Mother and Child Homes and Shelters offer support for finding solutions in cases of domestic and intimate partner violence and pulling through a crisis. The services also offer help after a stay at a shelter. You can also talk to the members of the service team about violence even if you do not want to, need to or cannot stay at a shelter. There are services for victims of domestic and intimate partner violence, perpetrators, those who are afraid that they may become victims as well as children who have experienced or been exposed to domestic violence. The services are open to everyone, regardless of gender. You can find the contact details for your nearest support services here.

Punishment is not part of a safe childhood